This is an unsolicited guest post from son #1, Sean Tierney. Dad, sorry to hijack your blog like this but having created it I still have the login credentials. I figured given the circumstances of it being your birthday this is a valid birthday surprise. I’m writing this from London, UK on the morning of 8/19/16 but technically it’s still your bday in Phoenix, AZ…

I wanted to share a quick story of a formative moment from my younger years that shows what makes my Dad, my Dad. The motivation here is partly that I forgot to send a b-day present this year and this is the only thing I could think of that would arrive in time from across the pond. But also I’m hoping this may motivate the big guy to resume his blogging effort again after more than a year’s hiatus.

Lego trauma and learning to color outside the lines

When you’re a five-year-old aspiring engineer obsessed with building space legos, it’s important that you get it right. Millions of lives depend on your legos having flawless structural integrity, built to spec and that they match the model shown in the instructions precisely… or at least that’s the way it feels 😉 Growing up I had no less than 16sqft of my room devoted to lego bases. That was my thing. I’d get a new kit from the toy store at Colonnade Mall, go home and spend the entire afternoon assembling it to perfection and then proudly add it to my space empire colonizing the corner of my room.

One day I came home with a set called “The Galaxy Explorer” – it was the biggest and most complex lego set I had worked with at that point and it was to be the linchpin of my space colony for the obvious reason that it had to get me around the galaxy. 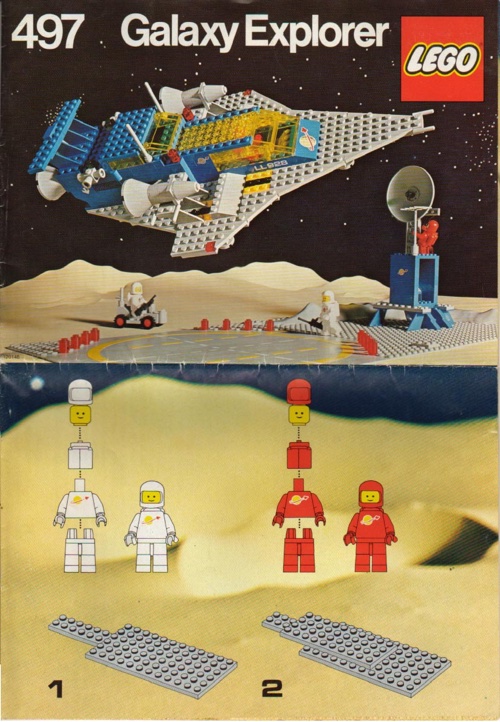 When I arrived home from the toy store I set about the most important mission of my life up to that point assembling this thing. As you might imagine the instructions for putting this together were intense. There was this 3×5″ glossy color pamphlet that unfolded into a sprawling blueprint that was too big for the dining room table and looked like one of those language-less instruction sheets for Danish furniture- just a huge set of pictures with arrows and numbers. I dutifully began my mission.

Some four hours later nearing completion of this beast I came to an impasse. The plastic lego pieces that were left simply did not match up with the ones in the pictures. Occasionally you make errors as a 5yr-old engineer so I checked and rechecked my work thus far but it became gradually clear that this was an unsolvable engineering project given the materials at hand.  3-D printers were still 30 years in the future and they didn’t sell the pieces I needed a la carte at Kay-Be Toys. Was it just pieces in this box that were missing or were the blueprints for the entire design of the Galaxy Explorer just fundamentally broken? If the latter, how many other space travelers were impacted by this omission??  I wrestled with the biggest crisis of my life to date. This was the first time I had followed instructions to a T only to hit an insurmountable wall and fail at something. All my honed lego-building skills were useless in the face of missing the key pieces necessary to complete the ship.

At some point my Dad walked in to find me at the dining room table sobbing over the nearly completed model. I was emotionally knotted and wrapped around the axle with my first experience of failure and the impossibility of making something work.  LEGO was teasing me with a picture of what it should be but an impossible task of actuating it.

The next thing my Dad did fundamentally changed my worldview not just with lego-building but everything. It was one of those epiphany cross-roads moments that evolves you as a human and opens your head to a new way of thinking. He said, “My man, these instructions aren’t the only way to build this. It’s just one suggestion for how THEY think it should be put together but you’re a smart guy. You can build an even better version of your own.” In that moment he installed a license to “color outside the lines” in my 5yr-old operating system.  But not just that- he installed also the encouragement to question and challenge instructions when they were clearly flawed along with the confidence that indeed I had it in me to come up with a better approach.

The notion that I might be able to invent a better version than LEGO and that “the authoritative instructions” were merely a suggestion for one potential way to do it blew my mind.  I immediately began cannibalizing my other space legos, pooling pieces and building out my own designs. In place of a sometimes-unworkable spec to follow, I saw ways to improve and freedom to create. Probably to the dismay of many subsequent grade school teachers I challenged instructions when they didn’t make sense. And years later this seed of thinking would eventually lead to me co-founding JumpBox, a company that fundamentally rethought the way in which software could be distributed as a virtual machine and not an installer. We used that to democratize a whole class of software known as “open source” and make it accessible to non-techies. The now-ingrained personality trait of questioning instructions and recognizing true vs. false boundaries has taken me places I would have never gone otherwise.

This is what makes my Dad, my Dad. He’s the guy who risked his life in the 60’s smuggling voter training materials to would-be black voters in Mississippi to help them gain voting status- working, not just talking, to fix a system when he recognized the instructions were simply wrong. And by his actions, showing others that it could and should be done.

Dad, happiest of birthdays to you. Thanks for this and other lessons you and mom gave Connor and I growing up.  Now please get back to blogging again so we can all hear what happened after the Peace Corps 😉 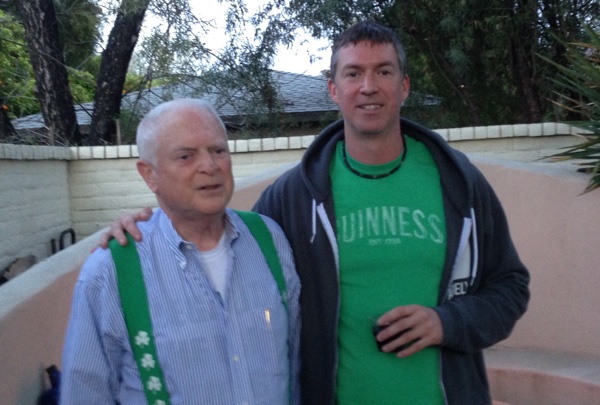