UPDATE 12/26/14 by Sean: I haven’t taught my Dad how to use the multimedia features of WordPress yet so I’m appending these primary source materials. Below is a scan of the actual furlough order from Roosavelt that he mentioned. 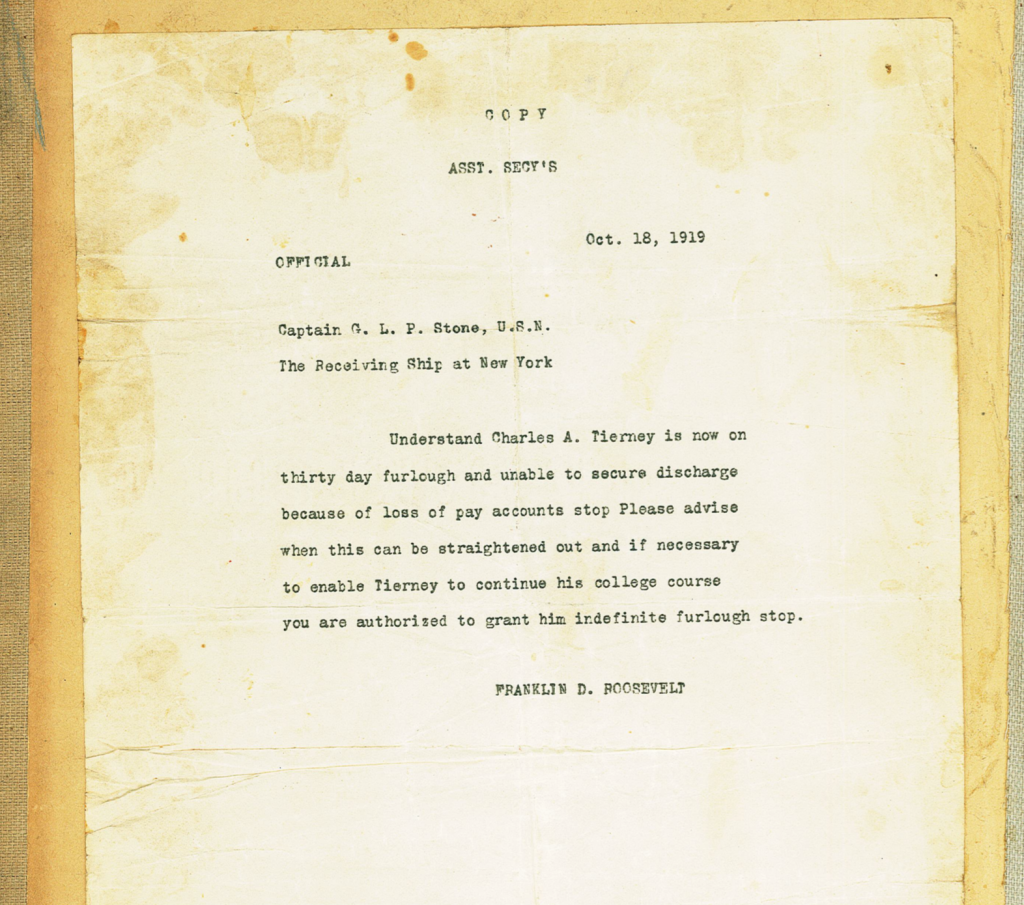 And a few other awesome news clippings involving my grandfather: